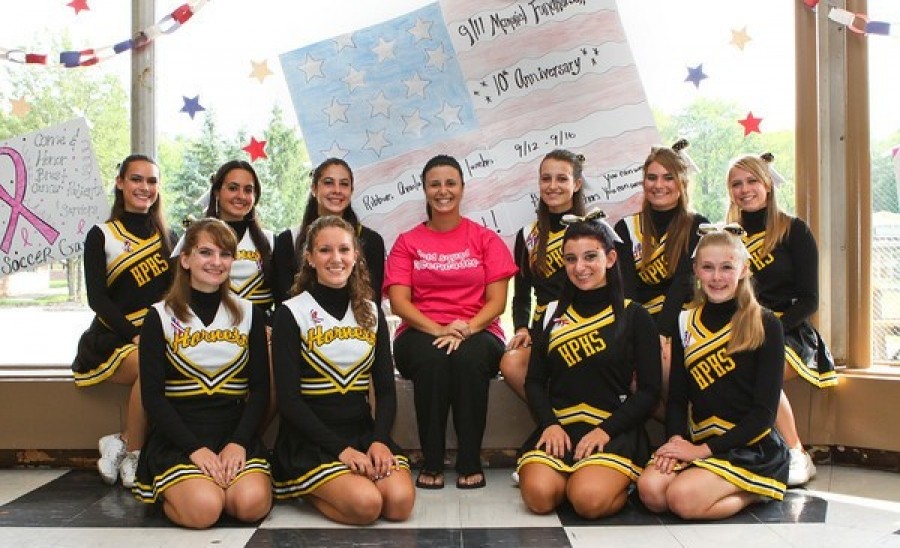 For much of the month of September, the cheerleaders held a fundraiser, selling red-white-and-blue ribbons to students and faculty members. The ribbons, worn on Fridays, were a remembrance of the 10th anniversary of 9/11.