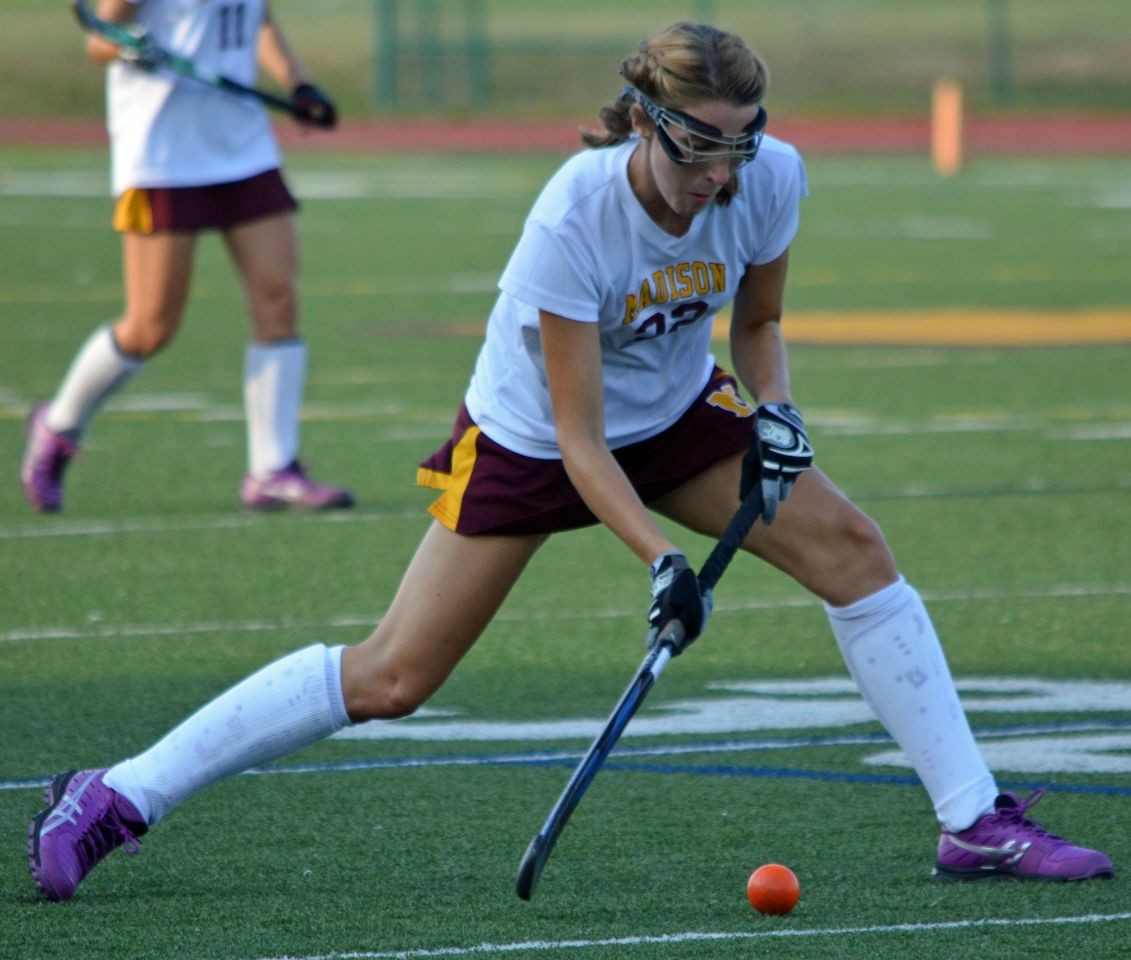 Madison, in a familiar yet unlikely position, was edged 2-1 by Haddonfield in the Group I final on Nov. 12 at Bordentown High School.

The Dodgers, whose lone goal came off the stick of Elizabeth Romano 10 minutes into the second half, found it tough to come from behind in their third consecutive state final appearance. Still, to be battling for the title at all was a major accomplishment considering that Madison returned only four starters.

"This team did was more than we anticipated," assistant varsity coach Victoria Sacco said. "All we wanted to do was win the conference and maybe the counties. We never thought much about getting to the state finals again."

Yet the Dodgers (16-5) claimed a sectional championship after being ousted by Morristown in the MCT semifinals.

"We didn't play well in the MCT," Romano said. "That threw us off. We didn't know what would happen the rest of the season. We just kept pushing harder at every practice."

Haddonfield (19-5-1) came into the game ultra determined after falling in the Group I final in 2015. In the first half, Meghan Smart made good on a penalty stroke within the initial five minutes and Emma Feldhake knocked in a goal to give Haddonfield a 2-0 lead.

"We were on our heels and were hesitant at the beginning," Sacco said. "We've been in finals before but I can count on one hand how many kids were on the pitch for a game like this before. We made some errors but they were due to inexperience. We had our opportunities."

Madison had 10 penalty corners while Haddonfield had four. A penalty stroke attempt went wide in the second half and two shots clanged off the post.

Sweeper Caroline Blount and backs Maddie Farrell and Maddie Stein stood out for the Dodgers. Blount had a significant number of tackles and interceptions. Also solid was first-year goalie Nicole Ducey (7 saves).

"Caroline was a brick wall," Blount said. "She's saved us so many times this season."

Romano, a junior, was exceptional, playing aggressively and moving the ball.

"We were such a family this season," said Romano after Madison defeated Newton in a Group I semifinal. "It was lighthearted and fun. We came together."