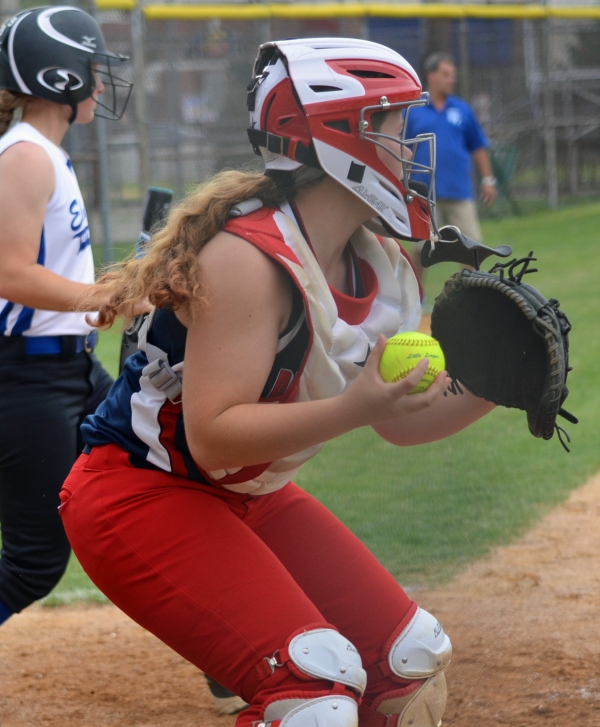 WORCESTER, Ma. _ An 11-3 loss to Bristol, Pa. at the Senior Little League East Regional Tournament on Tuesday, July 28 has put Par-Troy East in a do-or-die situation.

Is manager Rich Leitner concerned that PTE won't bounce back and move on?

"The girls know that if they win, they go to the playoff round," Leitner said. "We're hoping for our 'A' game. The last time this group was in a similar situation, they came back and won 12 games in a row. We've got the same core on this team. I think they can do it."

What Leitner is referring to was the run that Parsippany High School had after being defeated 15-2 by Jefferson in a Morris County Tournament quarterfinal on May 2. Parsippany, which went into that game riding a seven-game winning streak, fell behind, 10-0, after two innings.

Parsippany responded by stringing together 12 more victories. Included in the run was the school's first sectional title in 29 years so it's easy to understand why Leitner believes his squad will still be alive by mid-afternoon.

Five of PTE's starters were regulars on the high school team. Catcher Elizabeth Quigley started for Morris County School of Technology as a freshman.

"The players on this team are resilient," Leitner said. "They know what they have to do."

Against Bristol, the only team with an undefeated record in pool play (4-0), PTE committed two costly errors. It was also hurt by two odd calls. In the first instance, a pitched ball hit the knob of a Pennsylvania player's bat but the umpire awarded her first, deeming she was hit by a pitch. Then, with PTE in the field, a ball was called foul after PTE had made the play. The batter wound up with a key single.

Bristol held a 3-1 lead going into the fifth inning then bolstered its advantage by scoring four runs on an error, fielder's choice and a two-run triple.

PTE made contact, striking out only twice and rapping out seven hits, but simply couldn't get its attack on track.

"We hit the ball," Leitner said. "We just couldn't get hits to fall in."

Luisa Barone, PTE's leadoff batter, went 2 for 4. Quigley also had two hits and drove in a run. Nicole Ruggiero had an RBI base hit in the fourth inning to provide PTE with its first run.

Ruggiero's single was preceded by base hits by Alivia Mercuro and Caitlin Brennan. In the fifth inning, Barone singled to left, moved to second on a single and went to third on an illegal pitch before Quigley's sacrifice fly.

In the seventh inning, Meg Leitner walked and scored on on Quigley's double to center field.