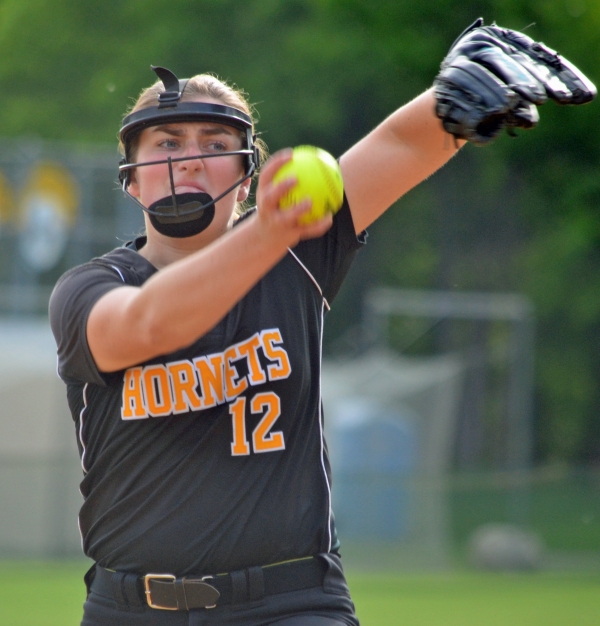 MADISON _ Hanover Park and Jefferson put in marathon efforts in bids to extend their seasons but fell short in sectional semifinals.

"It was nice to go out like that," Hanover Park coach Jamie Galioto said. "It was a nice year. I don't mind losing a 10-inning game. We played hard. We played well. Hackettstown just capitalized on their opportunities more than we did."

The Tigers snapped a 2-2 deadlock in the top of the 10th inning when the international tiebreaker went into effect. Molly O'Brien, Hackettstown's first batter, hit an inside-the-park home run to put the Tigers up, 4-2. The visitors scored a third run as well on Alivia Duran's single.

Hanover Park (23-4) knotted the score, 2-2, in the bottom of the sixth. Amy Petrovich hit a line-drive single to right field. Nicole Miller also singled to right. Dara DiMaiolo, who went 2 for 4, then knocked in a run with a base hit to center field. An error enabled the second run to score.

Nicole Carter, the winning pitcher, doubled to left center field in the first inning to drive in a run and stake Hackettstown to a 1-0 lead. The Tigers made it 2-0 in the second on Cheyenne Scudder's leadoff triple and a groundout.

"It was a really great game," Galioto said. "By the time both pitchers got to the 10th inning, they had thrown a lot of pitches. They were just going on their guts."

The Falcons (21-8) tangled with top-seeded Ramsey and its perfect record in a game that had a dramatic conclusion. Ryan Henry homered to left field in the lower half of the ninth inning to end a 4-4 deadlock for the Rams, now 28-0.

Katie DeBell put Jefferson on top quickly, plating a pair of runs with a single in the first inning. Ramsey came within one run, 2-1, on Maddie Taradash's homer in the fourth. The Rams benefited from the long ball again in the fifth as Victoria Sebastian belted a two-run homer to put the Rams in front, 3-2. Ramsey made it 4-2 in the same inning on Henry's RBI double.

The Falcons tacked on two runs in the seventh inning for 4-4. Chelsea Bitondo stroked an RBI base hit and there was a bases-loaded walk.