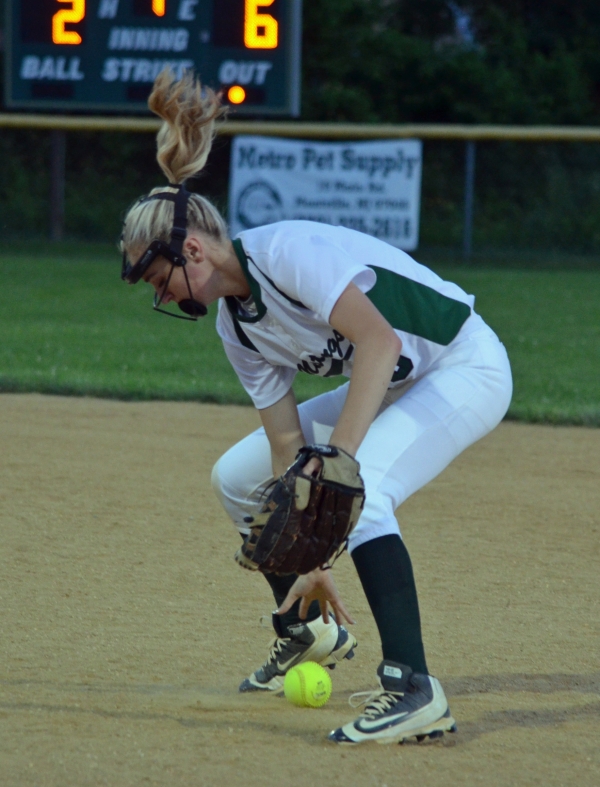 MONTVILLE _ Elizabeth Quigley wanted to hit one more ball over the fence, to experience the adrenalin rush and have teammates waiting for her at home plate.

In her previous two at-bats, Quigley struck out so the two-run blast to right field, which came off a 2-2 pitch, was ultra meaningful. The homer was Quigley's last - in a Morris Tech uniform or any uniform - and gave the Blue Team a 6-2 lead.

"That's the one thing I wanted tonight," said Quigley, who will major in biomedical science at the University of South Florida, of her home run. "I made good contact. I wanted to make sure it went over. This is a good way to go out."

Quigley, known for her power stroke, has played softball since the age of 8 but has no plans to play in college. Maybe, she said, she'll change her mind and play club ball. However, it's unlikely.

"I want to try new things in college," Quigley said.

As a senior, Quigley hit eight homers. She had 18 during her high school career. Her last one was versus West Morris on May 5. Over the last nine games of the Devils' season, Quigley had none so having one in the finale was a mega thrill.

"I'll probably miss softball," she said. "If I do, maybe I'll play club and throw myself back into it."

Pequannock's Erin Dericks, also on the Blue Team, enjoyed participating in the game as well. Dericks, a catcher, sat out the Golden Panthers' last two games with a pulled hamstring.

"It was really fun. I got to get to know the girls from other teams," Dericks said.

Dericks, headed to Salve Regina College, where she will study nursing, feared she'd aggravate the injury and she did while pushing off to chase down a ball hit to right field. She seemed to be in good spirits afterward as this, too, would be her last game.

Her Pequannock teammate, Kayla Karaty, was yet another player bidding goodbye to softball. Karaty, a second baseman, will stay local and study business at Ramapo College. Ending her scholastic career didn't get her down. She hoped to get one more hit but did not succeed.

"I'm fine," Karaty said. "It's different when you're with your own team and the girls you've played with a really long time. That's more emotional."

Morris Catholic pitcher Grace Stairiker will continue her academics and athletics at Cabrini. Being with some of her New Jersey Sparks teammates, including Dericks and Karaty, made the all-star game more appealing.

"This was so much fun," Stairiker said. "A lot of my friends were playing tonight. It was good to see them."

Stairiker was pleased with getting out of a tense situation in the top of the fifth inning. Stairiker gave up a walk and a hit before getting three outs in a row, the last one a strikeout.

"That was a big deal," Stairiker said. "I was glad to get out of that without giving up a run."